I was invited to talk about my work as part of the Images 36 Best of British Illustration exhibition. The AOI and Somerset House set up free gallery talks to the public on the four Sundays during the exhibition. I was very nervous, but after a little stumble at the start the Bach's remedy kicked in and I managed to present my folder of preparatory work. Maria from Studio Weave Architects was kind enough to support me and provide architectural background information to the project whilst dropping in questions.

Often when I go to talks I'm fascinated by the process and how the artist has reached the final image and so I thought it would be interesting to show my visual reference and initial sketches to the audience. I showed how the pattern used elements of the Art Deco style in ship's ballrooms, cinemas and how I tried to fuse it with the shape of the roses in Roses & Castle's visual language. For the borders on the ovals I picked out the delicate tear drops in the Roses & Castles frame. The buildings were chosen as they were along the canal path, the 3 Mills, Big Breakfast House and the brilliantly named Cathedral of Sewage.

We explained that one challenge that we had to overcome when illustrating for architecture was the large scale factor. Maria had to draw a CAD drawing of a single unit of the pattern to scale which I then had to draw over accurately using a light box. The fabric also had to be cut in such a way so the illustration could fit into 1m x 1m squares repeated and the pattern had to be seen both the right way up and upside down as the puff roof would be seen from all sides.

It was a great opportunity and even though I was reluctant to talk to an audience at first I'm glad I took myself out of my comfort zone and gave it a go! The exhibition is on until 28th October 2012 and it is free to the public. 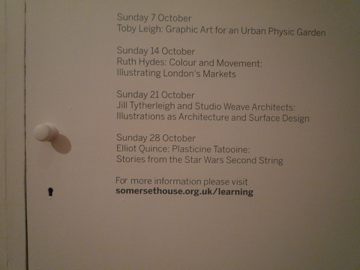 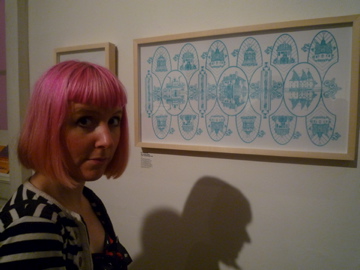 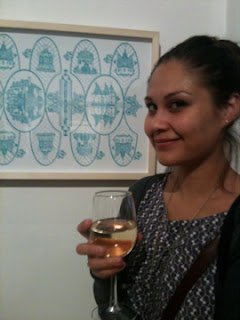 jill
Hi I'm Jill, and I'm an illustrator in London. I do a variety of commissions and my work is heavily based on traditional drawing. I extend my illustrations to my Designer/Maker business on Folksy and Etsy called 'Jilltydrawings'where I sell tea towels and aprons. 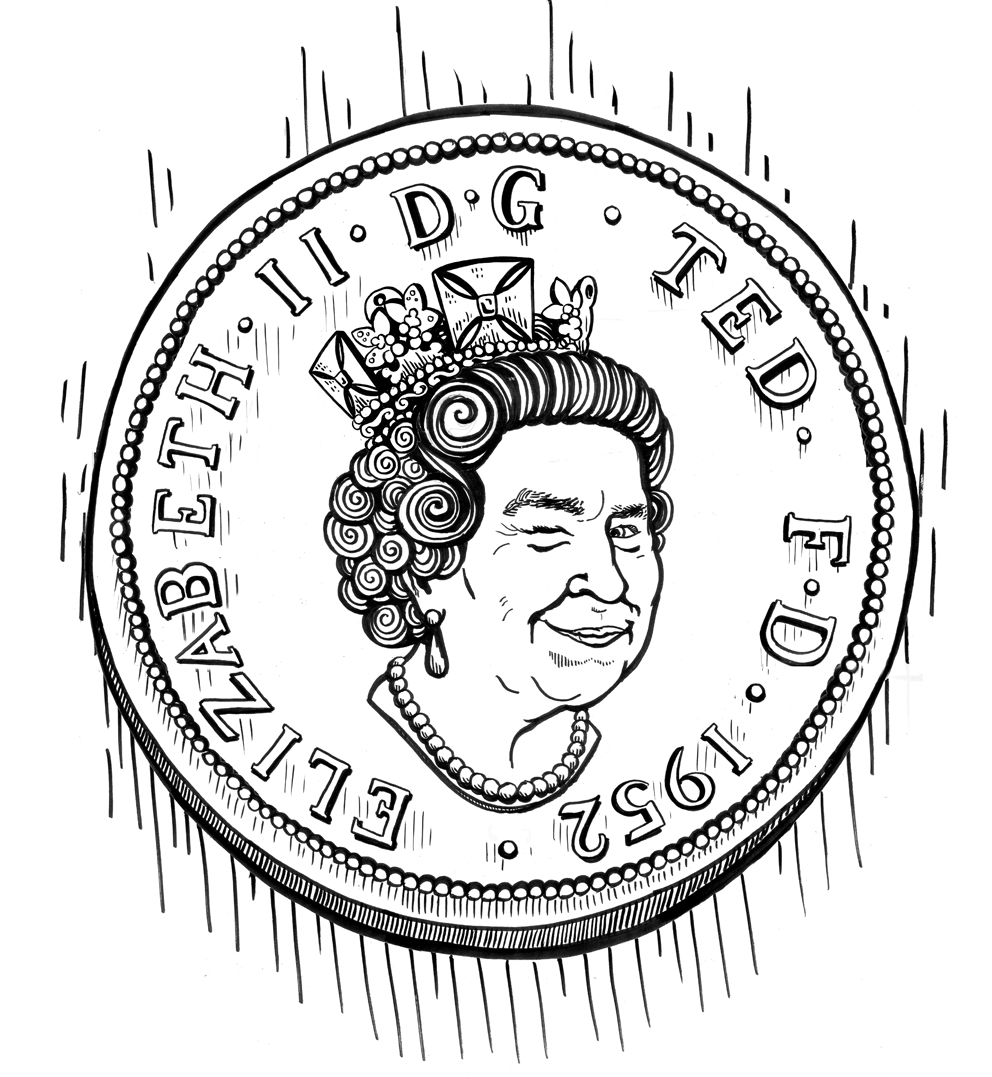 Please visit my Etsy shop for any handprinted merchandise.